Why Conscious Leadership and not something else? 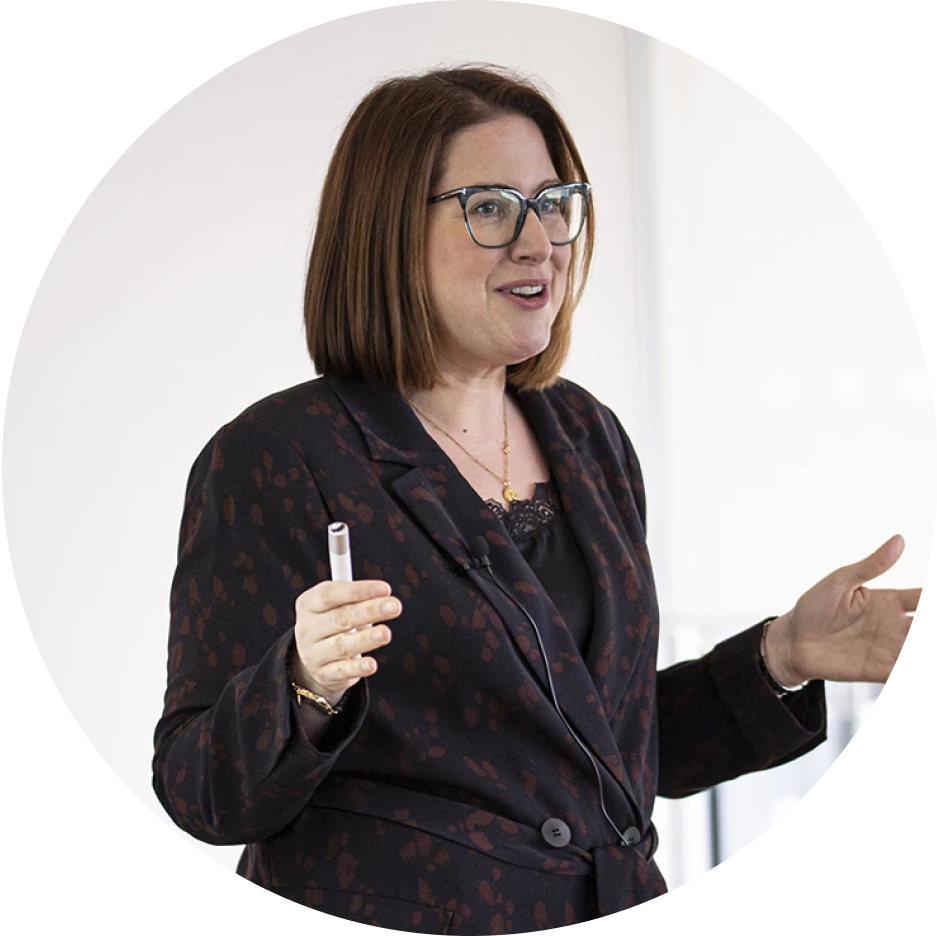 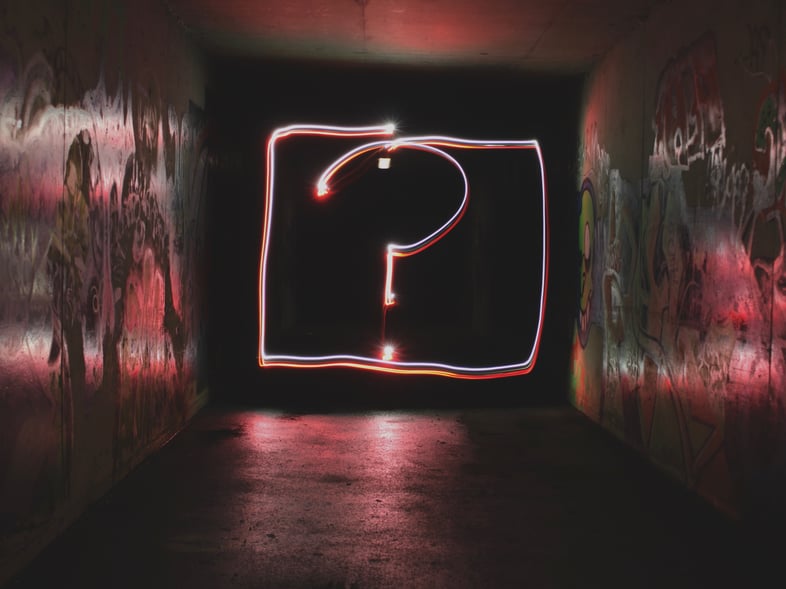 If you prefer to watch videos instead of reading this whole Q&A is also available on the TCLC YouTube channel.

What’s the difference between consciousness and self-awareness?

Self-awareness is about paying attention to ourselves and who we are. Consciousness is broader than that, as it also extends to the world around us. To be conscious means that we have to pay attention not just at a very individual level, but at a group level too, and it is the interplay between understanding these two dynamics that allows you to be more intentional and thoughtful about the way that you act.

There are countless factors that come together to allow you to feel well, and allow you to be at your best in the workplace. For us, conscious leadership is about five critical areas – (awareness, purpose, resilience, growth and togetherness), which look at the extent to which you can focus on the work that matters most, the extent to which you can continue to grow, your resilience and your ability to bounce back and face adversity. As well as being awake and self-aware, consciousness is also about your ability to work together with others, and create psychological and emotional safety within the workplace. Thus, consciousness is a much broader and more holistic way of working that goes beyond self-awareness.


What’s the difference between a supportive and conscious leader?

What is being conscious?

Being conscious is about being both connected with what’s going on within you, and also, being awake and aware to what is going on around you. It's actually very difficult to do in modern society because we have so many distractions and so many pressures, but it's only by connecting with both what is going on inside of us and the world that we are experiencing around us, that we can actually make choices to improve our lives and also support our wellbeing.

How does consciousness support organisational well-being?

When we look at wellbeing as a holistic idea, we look beyond the more traditional approaches to supporting wellbeing that many organisations would've already had in place for a long time - such as health benefits, reduced gym membership, and even mental health first-aid training. Well-being should be about keeping people well. It should be about allowing people to thrive. It should be about helping people to be at their very best when they're at work, because that is good for not only the individuals involved, but also the organisation as a whole. So conscious organisations are those that are inclusive. They have learning cultures, they support each other, and they have adult-to-adult relationships, where people are enabled to work in a way that supports them best. And they also create and craft work that people love, because when people love coming to work, they do a better job.

How does conscious leadership impact the bottom line?

Most leaders will intuitively know that in good, positive, healthy work cultures, you will tend to get better results. But there is actually a growing body of evidence to suggest that when we do certain things in the workplace, it leads to better quality outputs and better performance. For example - creating psychologically-safe environments, creating environments where people can learn and grow, and building resilience in the workforce all result in people feeling and performing better. And of course, when people perform better, it has a positive impact on the bottom line.

How do you know if you are conscious?

Well, you don't have to be conscious all of the time. Our brains work in a way that means we tend to make lots of shortcuts in order to conserve our energy, and we do lots of things on pattern repeat, which is actually very useful for us. But we need to be able to stop, pause, and consider what is going on, reflect on what we are doing, and what it is that we want to achieve. And when we do things in an intentional way, we know that we are more conscious. For example, that could refer to you planning out your workout. It could be considering the sort of conversation you are going to have with somebody. It could be reflecting on a meeting you've had, or a conversation you've already had, or the way that you were behaving in a certain situation. Being conscious is the ability to step back and consider what is going on around you, and also your own part in the experience that you have, and being intentional and thoughtful about the way that you live.

How do you become more conscious?

Because consciousness is associated with paying attention and being aware, it is about building opportunities in your day-to-day life to have that awareness. This could be in the form of anything from journaling to meditation and yoga, but it could also just be through taking a moment to stop and reflect. This could be done at any point during our day, but the important thing is that we have to be intentional about doing it. If we aren't intentional about reflection, then we tend not to do it. An effective way to implement this is to think about the points in the day where you would naturally be able to stop and think – in the shower in the morning, or when you go out on a walk later on in the evening. A lot of us spend time watching TV or browsing digital devices or doing other things that actually become a distraction to reflection. Making time to stop and pause is an essential part of becoming more conscious.

How do conscious leaders influence culture?

Conscious leaders are likely to create learning cultures or build teams for whom learning is a normal and everyday part of their evolution and performance. They're also likely to create inclusive environments where people feel as though they can contribute freely and without judgment, and where they feel as though they matter – (because they do). They are also likely to operate in a way that builds resilience into the way of working – i.e they don't push too hard and they recognise when to pull back. All of these practices positively impact performance, and so when you have a conscious leader running an organisation, that organisation is more likely to be successful.

How can consciousness help leadership?

Leadership teams are under a lot of pressure to deliver - especially in a post-pandemic world where they're dealing with both dispersed teams and the consequences of substantial changes to business practices and operations. Unless leadership teams can work effectively together, and unless they're taking care of themselves as a team, it can cause a ripple effect across the rest of the organisation that can be quite damaging. As a bare minimum, it can certainly hinder performance levels. When leadership teams work together to become more conscious, they not only give themselves permission to take care of themselves, but they also reach an agreement on a way of working that will sustain their performance, and in turn, sustain the performance of their teams too.

Learn more about our conscious leadership model by checking out our Conscious Leader Psychometric Whitepaper which discusses all the science behind our work. 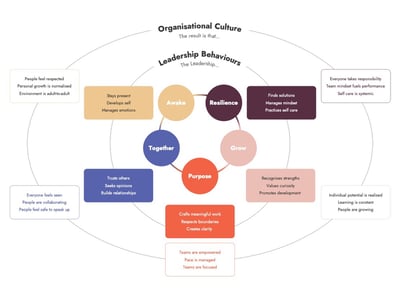 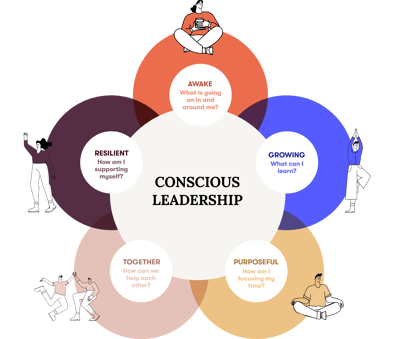 The 5 Pillars of Conscious Leadership 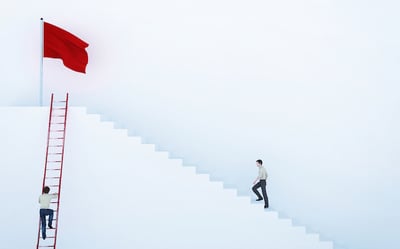